Farm 1 of Phu Rieng Rubber Company was established on August 15, 1980 and stood on foot in Da Kia B commune, now Binh Thang commune, Bu Gia Map district, Binh Phuoc province. Relatively flat area, very favorable for agricultural production, where during the war there were many revolutionary bases, with an area of natural agricultural land: 5,830 ha. The southern administrative border is adjacent to Long Binh commune, to the north, the west follows Song Be to the territory of 2 communes Thanh Hoa - Loc Quang, Bu Dop district, Binh Phuoc province, to the east by Da Kia commune.

The predecessor of the Plantation Staff No. 1 was a part of the Agriculture Staff of Nghe An 19/5 which was decided to transfer by the Ministry of Agriculture and transferred by a number of soldiers and officers from the 316th Army Regiment 23rd Army Corps No. 7. 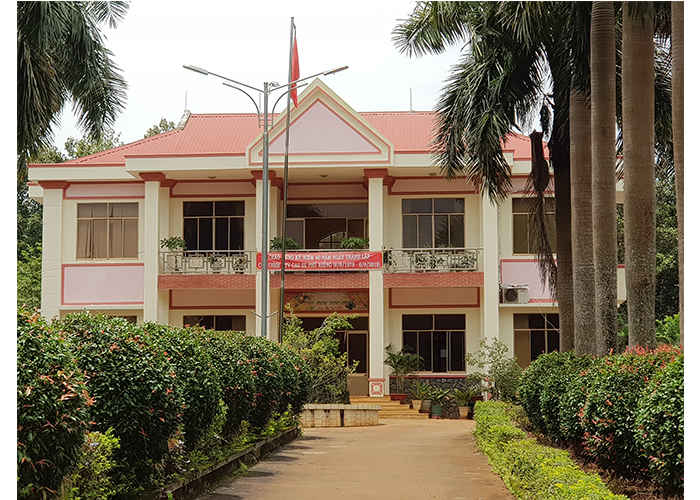 The immediate task of the Farm is to stabilize the organization, receive on-site labor and recruit more from the Northern provinces such as Binh Tri Thien and Thanh Hoa to implement the annual production plan of the company. year (1981 - 1985) reclaimed new planting from 1,500 to 2,500 ha of rubber under the policy of Vietnam - Soviet cooperation.

From the beginning until the early years of the mission, the Farm faced many difficulties, the roads were difficult to access, the clinics, the school was not enough to serve, the life of workers was not enough to eat and recover more diseases. chronic malaria.

With determination to build the Farm, from the Leadership team to all employees unite, work closely with the people and combine the support of local authorities of agricultural cooperatives. Received on-site handover of nearly 150 hectares of arable land to meet new planting in 1981 and made nurseries to supply seeds for the following years. Attracting 1,100 workers to workers, arranging 10 production teams and building a relatively complete operation mechanism, the number of Party members at this time is over 70 comrades. 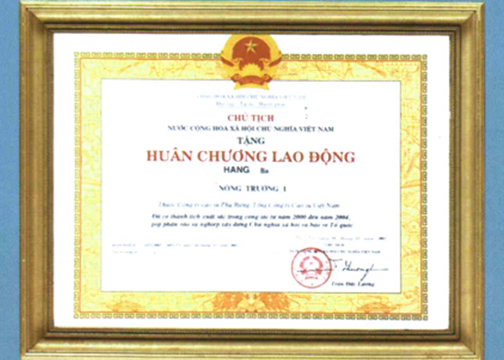 After 38 years of construction and development, the Farm has gone through the following major stages:

In the years 1981 to 1985, thanks to the hard work and hard working spirit, the application of technical innovation initiatives in reclaiming new planting areas, 1,561 hectares of rubber were planted by many different methods. However, due to limited leadership and rubber planting techniques, nearly 500 hectares of rubber were replanted during this period. Drawing on experiences in organizing labor management and production processes, the Farm reorganized from 10 teams of 58 teams to 7 teams of 24 teams with nearly 900 employees in the middle of 1986.

In the period of 1986 - 1998, the period of consolidation and development of the orchard was to ensure the adjustment of investment structure and production mechanism in accordance with the Company's management requirements. Pay special attention to intensive farming of infrastructure plants, streamlining the management system at three levels: Team - Team - Farm, applying scientific and technical advances, contracting work directly to workers, from that right policy has created the confidence for workers. Workers have a high sense of responsibility in planting new trees to take care of the grassroots gardens and exploiting latex. Salary income improved. The life of most officials - employees is stable. For many years, the Farm was ranked by the company to successfully complete the task, especially the targets on production, business and exploitation of rubber latex, which were started in October 1988.

In the period of 1999-2005, although there were many influences of the market mechanism in general, there were many basic advantages that were interwoven: The workers had real potential to be aware and organized. law, high skills, every Party member comes to cheerfully join the cadres and civil servants in the renovation of the country. The orchard has been basically contracted, with a lot of revenue coming from the source to the family economy. From Farm Leader to mass organizations, workers unanimously believe for the stability and upward development of Dear Farm 1.

In 2005, the Party Committee and the collective of officials and employees of the First Farm, Phu Rieng Rubber Company were honored to be awarded the Third Class Labor Medal by the President of Vietnam.

During the 1/4 century period from construction to maturity. In 2006, the Farm achieved many remarkable results, highly appreciated and ranked the unit to complete the task. The area of ​​1,229.61 ha (business garden 849 ha) , KBCB 252.84 ha, newly replanted 84.9 ha), exploited 1546.5 tons of rubber latex reaching 115.03% of the plan assigned by the Company, the average yield of 1821 kg / ha with Va Doi productivity is over 2,000 kg / ha. New replanting rate of 100% live trees, 95% trees growing on 4-storey leaves, workers are regularly present at Farm 392, 100% of worker households use national electricity, 100% of households For workers with houses of grade 4 or higher, the percentage of better-off households accounts for 80%.

In the period of 2007-2017 in the light of the Eighth Resolution of the Party Committee of the Company, the team-level management apparatus was reduced and the construction of a 3-level management system: Team - Farm and Company. Also during this period, the Party Committee and socio-political organizations such as Trade Union, Youth Union, Veterans Association always achieved strong and clean organization, which were highly appreciated and ranked by the company for many years. Immediately completed the comprehensive task. The movement of skillful training - skilled worker competition has been paid much attention by the Farm, in 2010, there was one female contestant who won the third prize at the company level; in 2012, there were 3 candidates winning first, second and third prizes and the first prize of the whole delegation, 2 contestants winning industry-level encouragement prizes; in 2014, 1 contestant won the first prize at the company level and 1 candidate won a consolation prize organized by the rubber industry.

In 2017, Farm 1 has achieved many proud achievements, demonstrating the relentless efforts of staff and employees in the whole unit.

Following the tradition of his father over 38 years of construction and development, the Party Committee, Board of Directors and Farmers' Staff 1 are determined to strive to maintain and promote intensive farming, new planting, and source training. Manpower with specialized qualifications, improving the quality of life of workers. Striving to maintain the title of the 2-ton club, maintain the title of the unit that successfully completes its missions in the coming years.